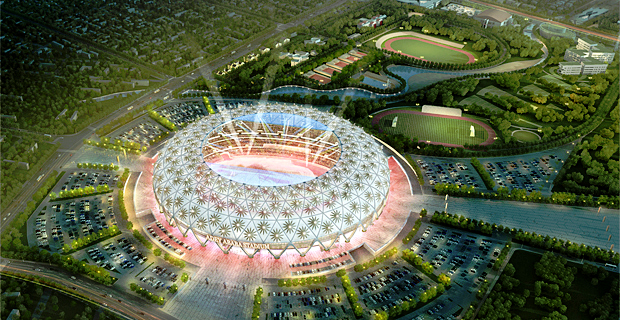 ‘Adey Abeba’ stadium will be built near Bob Marley Square at the old Imperial Hotel on 67 hectares of land. Once completed, it will have the capacity to hold 60,000 spectators, will host a swimming pool, volleyball, basketball, football field and other sporting facilities.

The Chinese company, State Engineering Corporation will conduct construction of the stadium in two phases. The first phase is expected to commence in one month with a 2.4 billion birr budget. The completion date for the project, however, has not been disclosed.

Currently Addis Ababa uses the National Stadium, built in 1940 and with capacity of only 35,000 people.

Ethiopia is currently undergoing a major stadium construction boom. A new 30,000-seat stadium is under construction in Gambella at a cost of 375 million birr and similar projects are under way in Mekelle, Hawassa, Nekempte, Dire Dawa and Woldiya, among others. The largest will be the much awaited Adey Abeba Stadium, while the recently CAF ratified Bahir Dar Stadium has already started hosting international games.