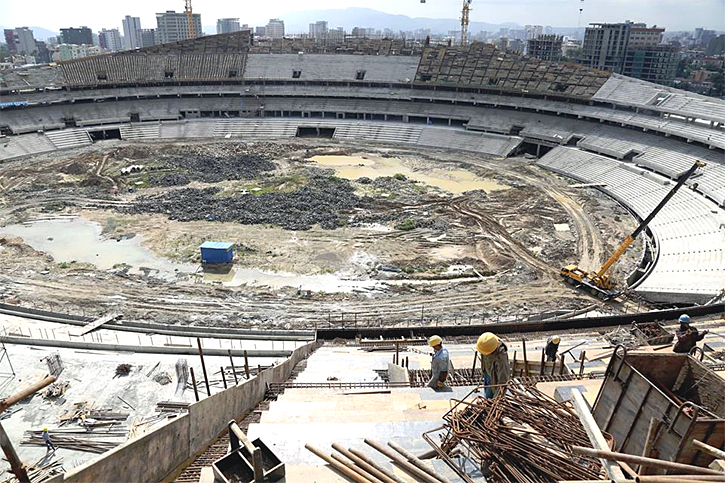 The Ministry of Youth and Sport announced that the construction of national stadium (Adey Abeba) being built in Addis Ababa reached 58 percent.

The project covers 48.8 hectares of land of which the stadium lies on 95,000 meter square.

The project, which has begun two years ago, is expected to see the construction of  first phase completed by the end of this year.

According to the Ministry, up on completion the stadium will host Olympic and World Cup championships. 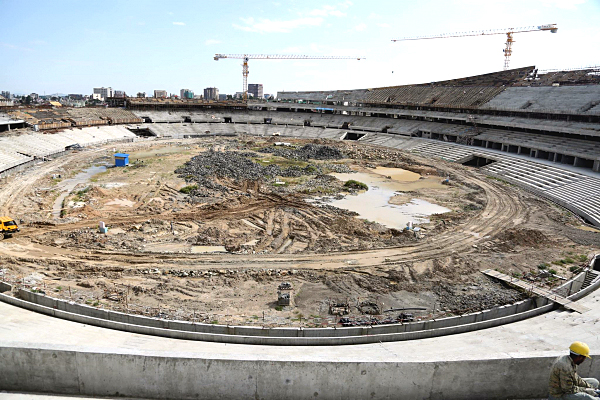 The government allotted a 2.4 bln  birr construction budget to finalize the stadium, which supposed to  have a capacity of hosting more than 60 thousand spectators.

The construction has created jobs for youths, who would be also benefited from technology transfer in due course.