Addis Ababa (FBC) –Woldia Sheikh Mohammed Hussein Ali Al-Amoudi Stadium and Sport Center, which was built at a cost of more than half a billion birr, was inaugurated today.

The construction of the stadium was financed by the business tycoon Sheikh Mohammad Hussein Ali Al- Amoudi.

At the inauguration ceremony, Prime Minister Hailemariam urged other investors to follow in Al-Amoudi’s footsteps.

The government has been making efforts to build and expand sport centers, but there are gaps in quality of construction and finalizing them at the required speed, he said.

Hence, the involvement of the private sector and the public is crucial, he added. 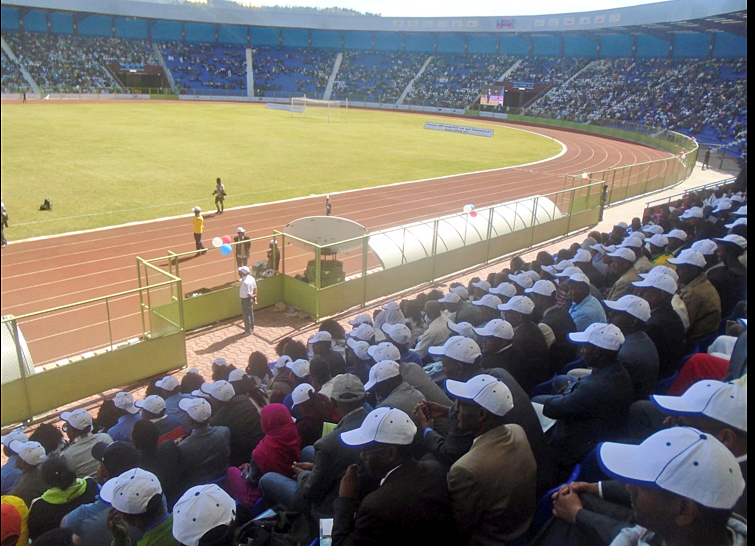 According to the Premier, thousands of employment opportunities were created for residents during the construction of the stadium.

The construction of the stadium will create opportunities for Woldia to host national and international competitions as it meets FIFA and IAAF requirements.

The Stadium, which was built with over 567 million birr, has 10 entrance gates, a swimming pool, an eight lane competition track as well as basketball, handball, volleyball and tennis courts.