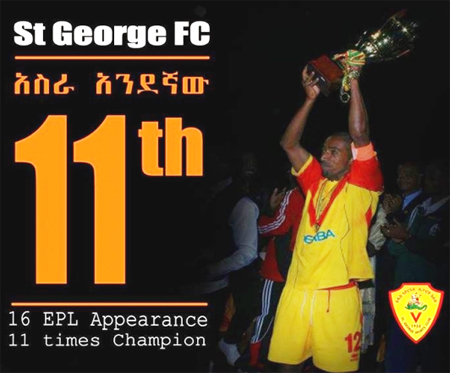 TheÂ horsemenÂ were declared champions even though they still have 5 moreÂ gamesÂ to play. Â This is due to the fact that the maximum points that their nearest rival Ethiopian Coffee could get should they win all their remaining 6 matches, will be 56 points.

The victory also marked the 11th League title for the club since the Ethiopian Premier League was established 16 years ago.

EthioSports would like to congratulate St. George FC and their fans for winning the league title!