Rockville, Maryland, April 1 â€“ The Ethiopian-American Council of North America (EAC) has decided to throw its full support for the re-election of Isiah â€œIkeâ€ Leggett. Vying for a third-term county executive, Leggett garnered 65 percent of the vote in his last re-election bid. Primary elections for Montgomery County officials will be held in June.

Leggett recently delivered the keynote address at an Ethiopian Battle of Adwa commemorative event in Silver Spring, Maryland. Impressed by what they saw, EAC officials sent the county executive a query letter regarding issues of importance to Ethiopian-Americans and other immigrants living in Montgomery County.

Encouraged by his compelling and thoughtful answers on questions ranging from immigration reform to government internships for students, after much deliberation, the EAC decided to endorse Mr. Leggett.

Mr. Leggett has generated some excitement within the Ethiopian-American community. He has already set aside funds to open an Ethiopian-American Community Center. He and some of his staff traveled to Ethiopia in 2012 and set up a sister-city relationship with the city of Gondar. 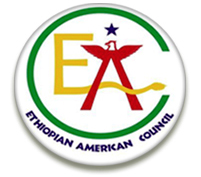 Mr. Leggett supports U.S. immigration reform with a reasonable path to citizenship. Because of his commitment to all who live here, he established the Office of Community Partnerships and charged that office with broadening and deepening the outreach of county government into more diverse community groups.

Mr. Leggett has endorsed civic education through governmental internships for young people and would like to grow those opportunities. He actively engages residents, especially ethnic and cultural groups, to become more fully and meaningfully involved in the local governmental process, including the processes and responsibilities of elections and voting. Mr. Leggett believes that in a diverse community we all must honor the traditions of many faiths, cultures, and nationalities.