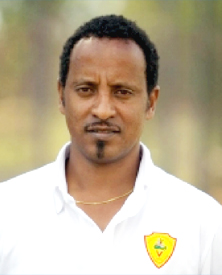 The EthiopianÃ‚Â St. George side will face the Tunisian side Etoile Du Sahel in their final Group A match of the Orange CAF Confederation Cup that will take place at the Addis Ababa stadium on Sunday.Ã‚Â St. George interim coach Fasil Tekalign said that his side will play to win that will help him to finish third in the group.

Ã¢â‚¬Å“We will play for honour. In our first away leg against Etoil Du Sahel we lost 2-1 defeat. It is now time to avenge that and improve our standings in the group line up,Ã¢â‚¬Â the coach said toÃ‚Â Cafonline.com.

Tekalign is confident that his side will collect the full three points on Sunday. Ã¢â‚¬Å“We are hopeful that we will play good football as the Addis Ababa stadium pitch is quite good due to the decline of the rainfall in the last five or six days. As the match against Etoile Du Sahel is our last match we will play to get the points,Ã¢â‚¬Â the coach said.Ã¢â‚¬Å“Playing in big continental competition like theÃ‚Â CAF Confederation Cup really gives good experience. I think we allÃ‚Â got the necessary lesson from the group stage competition. As a result we now know where we stand in the African club competitions.Ã¢â‚¬Â

Defender Saladin Bargecho also shares the view of the coach. Ã¢â‚¬Å“We lost two away matches, againstÃ‚Â CS Sfaxien and Stade Du Malien, by the same 1-0 margin. In both cases they scored a few minutes before the final whistle due to minor defending mistakes. As a result of those mistakes we missed the opportunity to go to the next phase of the competition. Now we are out of the contest. But a win will improve our position. So that what we expect on Sunday is to win to go one place up the table in the group to take the third place on 6 points,Ã¢â‚¬Â Saladin said.

Saladin Bargecho further said that in the group stage where he played for the first time as a footballerÃ‚Â he has done what is expected from him. Ã¢â‚¬Å“I joined St. George at the end of the season last June. Right after joining the club I played two international matches. Getting coordination with my new club was not a problem for me. In my third gameÃ‚Â Ã‚Â I am hopeful to win against the Tunisian side,Ã¢â‚¬Â he said.

Coach Fasil Tekalign insisted that the Sunday match is not only playing for honour but to get a better standing in the competition. “Finishing third is much better than being the bottom side. We are doing our level best to finish third,” he concluded.