Saint GeorgeÃ‚Â seek to realise the 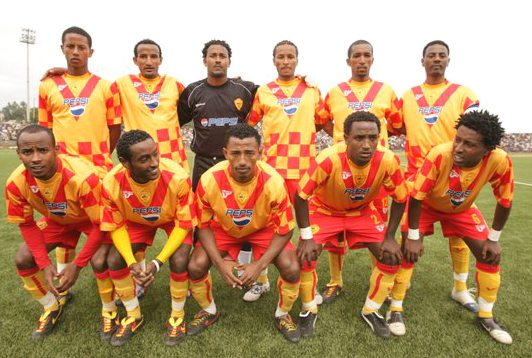 ir hopes of becoming the first Ethiopian qualifiers for the group stage of a Confederation of African Football club competition.

The Addis Ababa outfit are away to Egyptian sideÃ‚Â EnppiÃ‚Â holding a 2-0 aggregate lead after the first leg.

All the damage was inflicted during the first half by national team stars with midfielder Shimeles Bekele and defender Abebaw Butako scoring for the home team.

Saint George had hopes of qualifying for the Champions League group stage dashed early May when Cairo club Zamalek squeezed through on away goals.

So the Ethiopians dropped to the second-tier Confederation Cup along with seven other losers from the final qualifiers for the Champions League. Read more