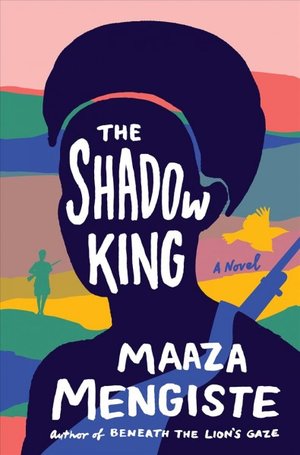 Maaza Mengiste‘s The Shadow King opens with a woman, Hirut, sitting on the floor of a train station in the Ethiopian city of Addis Ababa, holding an old metal box. She’s traveled here, the reader is told, “to rid herself of the horror that staggers back unbidden. She has come to give up the ghosts and drive them away.” She’s awaiting the box’s owner, an Italian photographer she hasn’t seen in decades. “It has taken so long to get here,” Mengiste writes. “It has taken almost forty years of another life to begin to remember who she had once been.”

The importance of memory — of those that came before us, and of things we’d rather forget — is at the heart of The Shadow King, the second novel from Ethiopian American author Mengiste. It’s a sprawling, unforgettable epic from an immensely talented author who’s unafraid to take risks.

While the novel begins and ends at the train station in 1974, the vast majority of the book takes place in the 1930s, just before and during the Second Italo-Ethiopian War. The reader is introduced to a young Hirut, orphaned as a child, and now living with Kidane and Aster, a couple who knew her parents. Hirut is a servant, living in a room that “is less than a box, it is an airless hole enclosed in mud and straw and dung.”