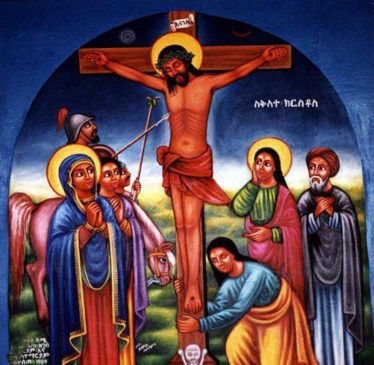 Following Prime Minster Dr. Abiy Ahmed’s call, the leaders of the separated synods of the Ethiopian Orthodox Tewahdo Church (EOTC) at home and abroad agreed to end an almost three decades of separation. Consequently, in a recent meeting, the EOTC Holy Synod based in Addis Ababa, Ethiopia, lifted the excommunication of members of the Holy Synod based in the United States which was instituted soon after the fourth Patriarch Abune Merkorios left the country some three decades ago. But why is this move so important for the country beyond the faithful?

According to the article by Brendan Pringle, Ethiopia: The First Christian Nation? Ethiopia is the second country historically, following only Armenia, to have officially proclaimed Christianity as state religion (in 333 AD).
On the contrary, others argue on account of biblical references that the country may have been the first. In fact, the earliest reference to the introduction of Christianity to Ethiopia is in the New Testament when Philip the Evangelist converted an Ethiopian court official in the first century A.D.

Ever since, Christianity has played a major role in shaping the culture, tradition and history of Ethiopia. As one of the world‘s ancient civilizations, its historical development has been conspicuously intertwined with Christianity.

The Ethiopian Orthodox Tewahedo Church has also had a significant presence in Jerusalem for more than 1,500 years, chronicled by historians acknowledging the existence of Ethiopian monasteries in the Holy City.

As such, the Christian faith has been deeply rooted in Ethiopia since Biblical times. Yet the legal foundation of Ethiopia, as recorded in the Kebre Negest (The Glory of Kings), is also linked with the introduction of Judaism to this ancient land by means of two historical occurrences: ―The birth of Menilek, Son of Solomon, King of Israel and the Queen of Sheba of Ethiopia (970-33 B.C.) and the Ark of the Covenant which was brought to Axum from Jerusalem by the Levites (946B.C), according to the EOTC.

The Axsumite Kingdom, the forerunner to modern day Ethiopia, accepted Christianity around 328 A.D. under King Ezana, who ruled the powerful kingdom in northern Ethiopia from 313-339 A.D.

Toward the end of the 5th century, Ethiopia‘s Christian tradition was further enriched by the coming of nine monks from Syria who were credited for bringing monasticism to Ethiopia and making their mark in the translation of the Scriptures into Geez, the liturgical language that the EOTC uses in most of its services even to this day.