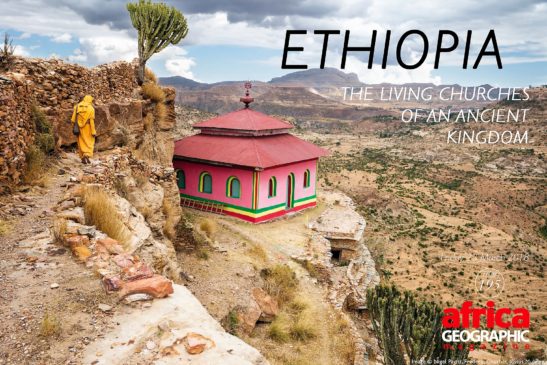 Celebrate Ethiopia’s rich legacy of ancient monasteries, churches, vibrant art and traditions of worship, all encapsulated in the book ‘Ethiopia: The Living Churches of an Ancient Kingdom‘, by Mary Anne Fitzgerald and Philip Marsden.

It was early in the fourth century AD, under the reign of King Ezana, when the ancient Kingdom of Aksum (or Axum) – a major naval and trading nation that spanned a large portion of east Africa, including modern-day northern Ethiopia – embraced the Orthodox tradition of Christianity. The capital city of the empire was Aksum, and at the time was considered to be part of only a handful of Christian states in the world. Research shows that the kingdom used the name “Ethiopia” as early as the fourth century.

However, it was during the seventh century when the empire slowly began to decline as Aksum was faced with the rise of Islam which was spreading west from the Arabian Peninsula. The Islamic Empire took control of the Red Sea trading routes, forcing Aksum into economic isolation. Even if not threatened directly, Aksum was now cut off from its Christian allies around the Mediterranean. Its power waned. While many northeastern African states were converting to Islam, the Christian kingdom of Aksum maintained its faith. Christianity became the distinguishing feature of the nation – a rallying cry, an emblem of kinship that transcended the importance of any single ruler – and they produced a rich legacy of monasteries and churches that demonstrated the tenets of their faith.