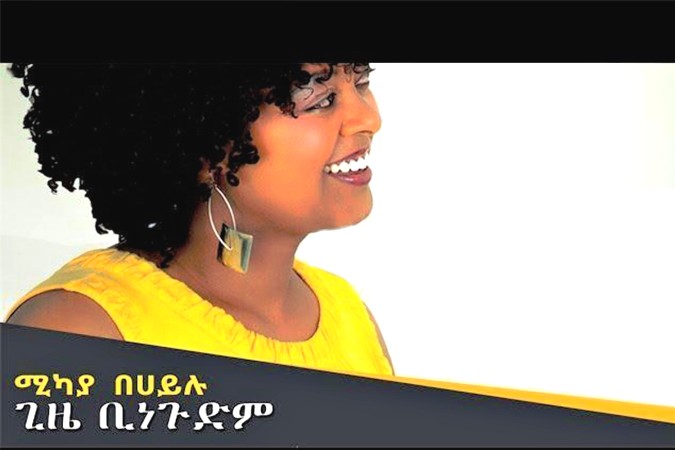 The highly anticipated posthumous second album of Mikaya Behailu dropped this week and is available for sale all over the city. About four years after her passing while she was only in her mid-thirties, her new album entitled “Gize Binegudim” is already widely accepted and praised by many that listened to her work.

According to her biography, Mikaya Behailu acquired her B.A. Degree in Ethiopian Literature and was working to complete her masters in “Journalism and Communications” before she passed away.

Some reports also show that she was working to start a television program revolving around Culture and Language.

Mikaya’s love for music was ignited when she was a toddler. She started writing songs when she was in high school. Working full time and attending night classes at Addis Ababa University for the next seven years, she never stopped singing; she often said music was her life and she was addicted to it.

After a long journey, she released her first Album in 2007 entitled “Shemametew”. She wrote eight of the eleven songs on the album herself and collaborated on the other three with her producer Elias Melka.

Her album was nominated for the 2010 Kora Music Awards.

The new album contains 12 songs and the inside of her album contains the lyrics, a copy of a hand written note she wrote describing her life, her love for music and her daughter.