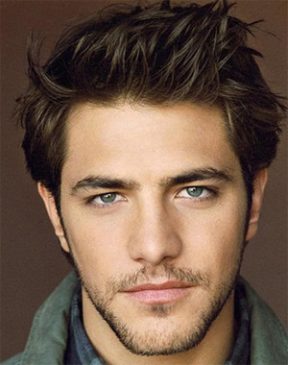 Alberto Frezza is a noted actor of Italian ancestry but grew up in Ethiopia. He has been in a number of TV series including Dead of Summer and in films such as Born to Race, Angel Falls in Love and the Battle Force. In the midst of a busy career, he opens up to The Reporter’s Samuel Getachew on how he felt an Italian in Ethiopia, an Ethiopian in Italy, his booming career, impression on the local art and finally gives advice to those who want to emulate his career. Excerpts:

The Reporter: Alberto, you have an interesting biography as an Ethiopian Italian. Please reflect with me the highlights?

Alberto Frezza: Well, if I would write an autobiography about my time growing up in Ethiopia, I would highlight the fact that I had a childhood like no other. I was immediately immersed in very different types of cultures from a very young age also thanks to the fact that I went to the International Community School (ICS). In that regard, I consider Ethiopian culture to be one of the most fascinating. My identity is something I struggled with.

In Ethiopia I was considered Italian, but in Italy I was considered Ethiopian. So it took me a number of years to just accept that fact that I was lucky enough to say that I came from two different places.

Many people are often surprised when they hear you speaking Amharic. How important is that heritage to you?

People are definitely surprised when they hear me speak in Amharic. It’s an important fact for me to be lucky enough to speak the language, given that it dates back to the 12th century. I consider it to be very poetic. I know a lot of people that were raised in Ethiopia and don’t speak the language, which makes me proud that I had parents that pushed me to learn it, and friends who I could speak it with. I have to confess that living away from Ethiopia for a number of years has made it more difficult to remember.

But when I go back, I pick it back up very quickly. It also made it much easier for me to be accepted.