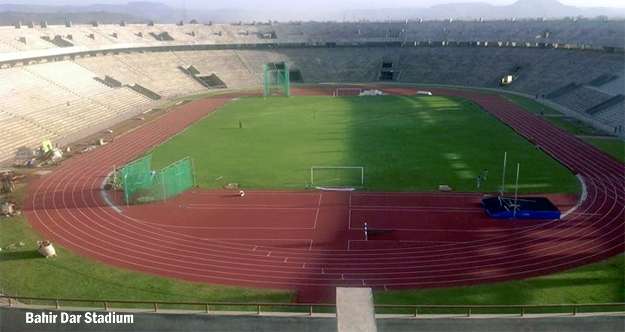 There is massive financial ploughing into stadiums by Addis Ababa as the Ethiopian Football Federation (EFF) prepares to host the 2020 CHAN and put in a bid for the 2025 AFCON.

The increase in the number of participating teams at the Africa Cup of Nations to 24 means only a few countries on the continent can afford to host the tournament. Ethiopia is building its capacity to become one of those few with an investment of more than $500 million in new stadiums across the country.

In 2013, I was in Addis Ababa to cover the World Cup qualifier between Ethiopia and Nigeria at the Yidnekachev Tessema Stadium. Built in 1940, the 35,000 capacity ground was filled up on match day, with fans on the streets in several mile-long queues trying to get in.

Many of the fans came from far flung regions to watch the international spectacle as the Walyas were 180 minutes away from qualifying for Brazil 2014. The crowd was so much that it overwhelmed the tiny media box and one could not find space in the area for computers for live match commentary. But that is all about to change.

Ethiopia’s passion for football saw them host the Africa Cup of Nations thrice during the early years, the last time in 1976. But facilities have largely remained the same until recently when the government began to invest in infrastructure around the country. A new electric train service built by China as part of its five-year Growth and Transformation Plan is being followed by the construction of more than 13 new stadiums.