Russian side Anzhi Makhachkala have completed the signing of Ethiopian international Gatoch Panom.

Gatoch put pen to paper a three years deal as his agent David Beshah revealed to Soccer Ethiopia. The transfer would make the ex-Ethiopia Bunna midfielder the first to get transferred from the Ethiopian Premier League to Russia.

Gatoch had a five days trail stint with Anzhi where he scored once. It is reported that club officials drawn interest on Gatoch induced the transfer to be completed in short period. The midfielder arrived in Makhachkala last Wednesday and completed his move earlier today. 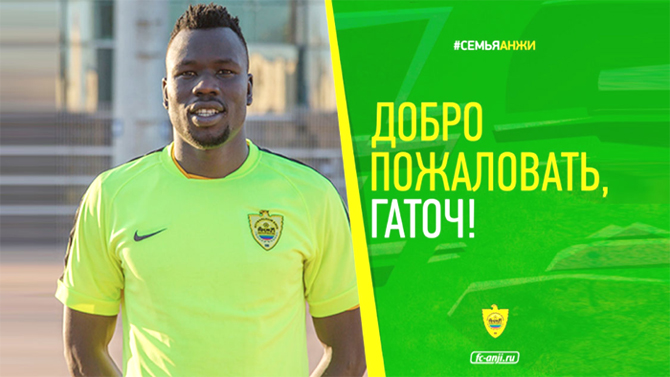 Gatoch will be joining Anzhi’s preseason camp in Slovenia in the coming days. Gatoch, a regular starter at the Waliyas team since 2015, scored 8 league goals for Ethiopia Bunna in the 2016/17 season. He bids farewell to Bunna after a six years stay at the Addis Ababa outfit.