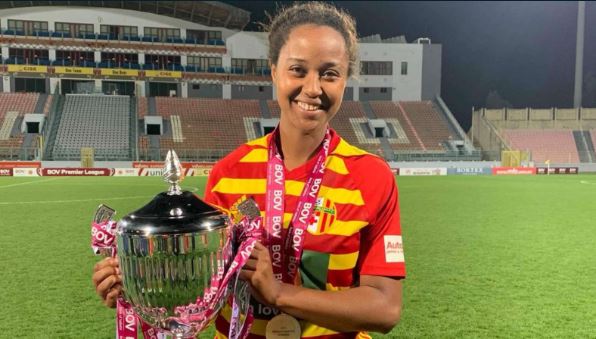 Addis Ababa – Loza Abera, who joined the Maltese Club from Adama City in September, 2019 has won her second league title in Europe.

The 22-year-old has now won her second league title in Europe, with her first the Swedish Elitettan crown in the colours of Kungsbacka DFF in 2018 which she scored three goals in eight games to power her side to the Damallsvenskan for the first time, it stated.

Before joining for Melania Bajada’s team, the striker had returned home from Sweden to help Adama City to win its first-ever Ethiopia Women’s Premier League title and won top scorer for the fourth time, scoring 18 goals despite joining in the mid-season.