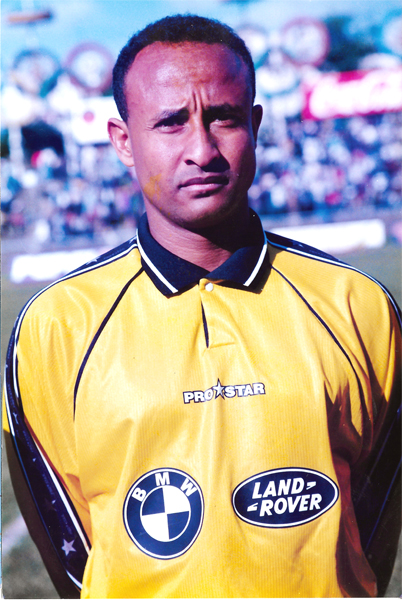 Addis Ababa – Asseged Tesfaye, one of Ethiopia‘s greatest goalscorers of the 1990s, passed away here today.

Asseged apparently fell in a bathtub after a pick-up game with friends and despite all efforts by doctors at Hayat Hospital, he passed away according to Ethiopia-based media reports,

He started his soccer career with his home town side Dire Dawa Coca Cola before moving to the capital Addis Ababa where he played for premier league sides  St. George (5 years), Ethiopia Insurance (5 years) and Ethiopian Coffee (6 years).

Asseged’s greatest moment came with Ethiopian Coffee where in the 1998 African Clubs Championship, he scored 5 goals against St Michel United of the Seychelles in the preliminary round and scored the decisive goal that eliminated Egyptian giant Al Ahly in the following stage.

After he retired from the game, he started an export business. In 2015, he launched Assega Sports Academy to help the country’s youth players. And despite his busy schedule, he continued to play pick-up games with friends and former teammates twice a week until his death today.

He is survived by his wife and daughter.

Our condolences to the family.

May the God Lord Rest his Soul and May his Memory be Eternal!