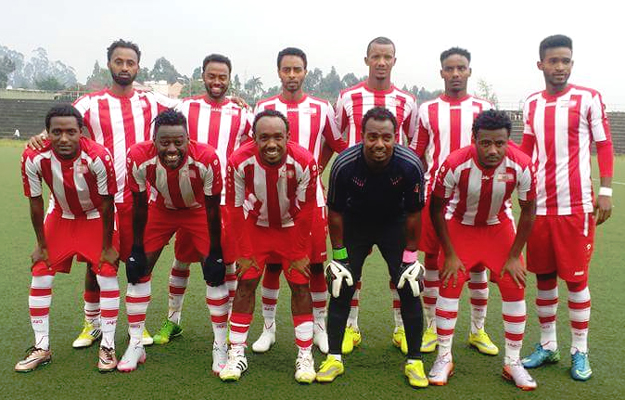 Gondar –Fasil Kenema, nicknamed “Atsewochu” (the Emperors) moved up to third place in the Ethiopia Premier League with a 2-0 victory over Wolaytta Dicha here today. A second match featuring Ethiopia Nigd Bank vs Hawassa Kenema ended in favor of the latter with a similar score.

The Atsewochu led 1-0 at half-time thanks to an own goal by Abdurahman Mubarak (28′) and added a second one courtesy of Yitsak Mekuria (64′).

In Addis Ababa, the visiting Hawassa side , were gifted an own goal by Biniam Siraj (68′) and Jako Arafat scored the second goal (80′).

The first round of the league competition officially ended today at the conclusion of these two make-up matches, which were supposed to take place in Week 2 but were postponed.

Defending champions Kedus Giorgis finished the first round on top, followed by Dedebit and Fasil Kenema.