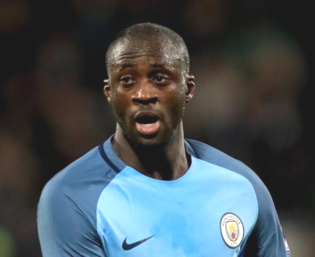 Toure, 33, was left out of the 25-man list for the group stage but has since become a first-team regular again, and replaces the injured Ilkay Gundogan.

New arrival Gabriel Jesus, who scored in the 4-0 win at West Ham on Wednesday, comes in for Kelechi Iheanacho, who remains eligible.

City face Monaco in the last 16, with the first leg on 21 February.

Toure’s omission for the group stage was criticised by his agent Dimitri Seluk, and City manager Pep Guardiola said he would not pick the midfielder until he received an apology.

In November, the four-time African Footballer of the Year apologised to the club for “misunderstandings from the past” and has since returned to the first team.