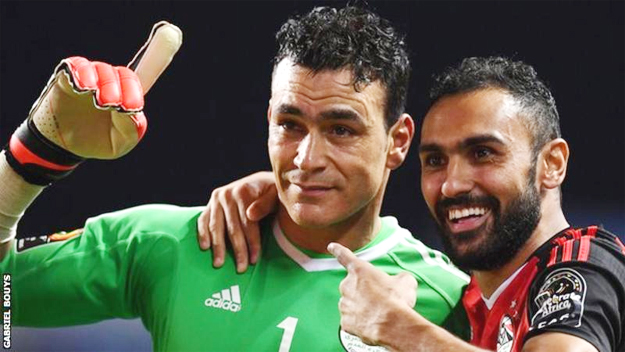 In normal time Mohamed Salah opened the scoring for Egypt when he curled a superb shot into the top left corner.

In doing so, they became the first side to score against Egypt this tournament.

The Burkinabe, who were the more adventurous and ambitious side throughout normal play, took an immediate advantage in the shootout.

But he soon experienced the other side of shootouts when he stepped up to take his side’s fourth penalty and was unable to beat El Hadary – who at 24 years his senior is the oldest Nations Cup player in history.

El Hadary’s experience – he now has a chance to win his fifth African title – proved vital as he then saved Bertrand Traore’s effort to send Burkina Faso home.