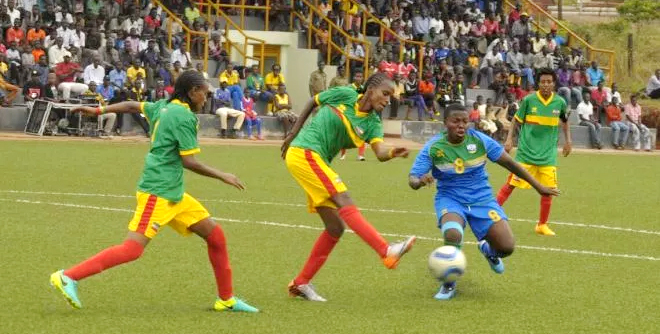 Ethiopia advanced to the semi-final of the CECAFA Women’s Championship after defeating Rwanda 3-2 in their Group B clash on Wednesday in Njeru.

The Rwandan team known as She-Amavubi were thus eliminated after suffering their second loss of the tournament.

Loza Abera gave Ethiopia an early lead, scoring the opener after three minutes before Mukeshimana Dorothee equalized for Rwanda just before the interval.

Three minutes past the hour mark, Abera restored her side’s lead only for Nibagwire Sifa Gloria to level the scores six minutes later.

On 70 minutes, Meskerem Kanko broke the hearts of the She-Amavubi with the match winner and secure the Lucy a last four berth.

Ethiopia coach Meserte Manni said the victory over Rwanda was “only a starting point for my team.

“It was a good match. We played short passes, but we also did some mistakes from which we have learned to help us prepare well for other matches ahead. We want to improve from where we are now to make sure that we defeat Tanzania when we meet on Friday” Manni told the media.

The tournament will continue today with host Uganda facing Burundi and Kenya taking on Zanzibar.