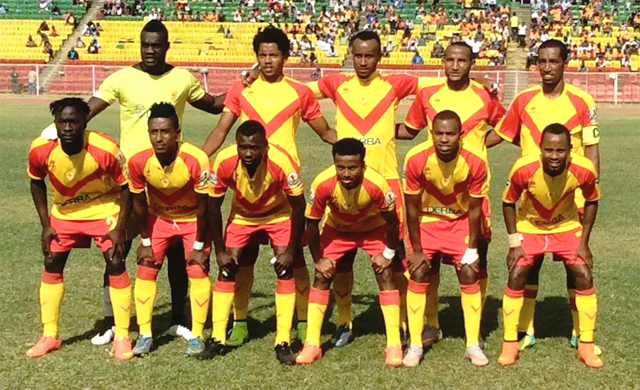 The Horsemen have secured their third consecutive league title after overcoming relegation battlers Dashen Bira 2-1 in the round 24 of the topflight league.

Kidus Giorgis have now won 27 league titles, 13 of them coming after the Ethiopian Premier League restructured in 1998.

The table toppers only needed a point to be crowned champions while Dashen Bira were in pursuit of avoiding defeat as they push for safety. Salahdin Said gave Giorgis the lead in the 20th minute through a spectacular fashion before setting up Adane Girma to grab the second in the 64th minute. Togolese striker Edom Hosorovi halved the deficit to one 11 minutes from time. The win insured the Addis Ababa outfit the league triumph as Dashen further plunged to the relegation zone.