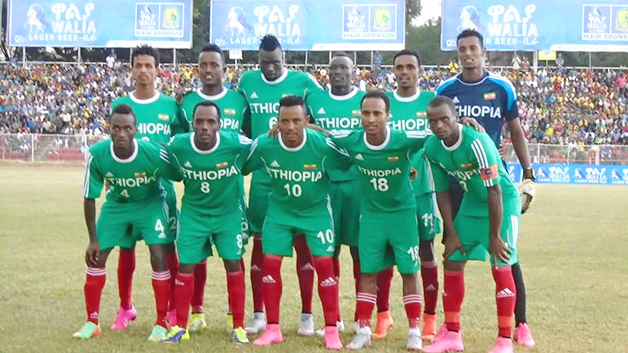 Algeria will be out to secure their place at the 2017 Africa Cup Nations, hosted by Gabon, when they face Ethiopia in a qualifying match on Tuesday.

The ‘Fennecs’ moved a step closer to booking their place at next year’s tournament with a thumping 7-1 win over the same opponents in Blida this past weekend.

Islam Slimani and Sofiane Feghouli both grabbed a brace with Yacine Brahimi, Saphir Taïder and Rachid Ghezzal adding to the visitors’ misery at the Stade Mustapha Tchaker.

Nine points from three games has opened a five point gap between the North Africans and Ethiopia atop the Group J standings, with the Seychelles having also managed four points from their allotted games.

As a result, Algeria could book their place at the upcoming showpiece with two games to spare: If Lesotho beats the Seychelles in Maseru and Algeria manage a win in the Ethiopian capital, the 1990 champions will be at next year’s showpiece – a draw in Lesotho coupled with a win will also be enough for Christian Gourcuff’s men.

Despite their comfortable win at home, winger Yacine Brahimi has predicted a totally different game in Ethiopia.

“It will be a different game,” said the Porto winger. “In football, a game never looks like another. It will be a difficult trip. There, the particular climatic conditions are really hard, elevation and relatively high humidity.”

Ethiopia Walia Ibex coach Yohannes Sahle is under immense pressure after the embarrassing defeat away in Blida. He is unlikely to change tact or the team formation in Addis Ababa where he will face a harsh crowd that wants nothing less than results on Tuesday.

Kick-off at the Addis Ababa Stadium is scheduled for 4pm.