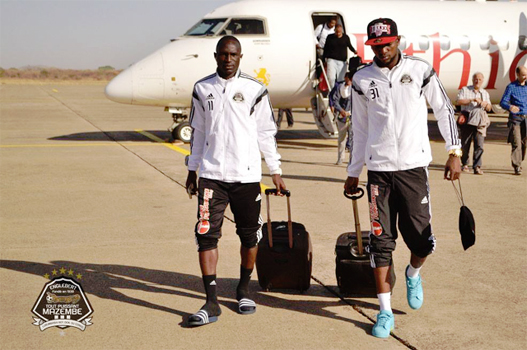 The visitors expressed their displeasure after failing to travel by their chartered plane straight to Bahir Dar which is 700 kms North of Addis Ababa due to what Ethiopian authorities explained as delayed travel itinerary by TP Mazembe who were supposed to avail their flight plan earlier.

Mazembe will today board another local flight to Addis Ababa where they will face buoyant St.George who have been camping at the town since Tuesday under the tutelage of Dutch coach Mart Nooij.

St.George qualified for the first round after overcoming Seychellois champions St.Michel 4-1 on aggregate while TP Mazembe got a bye to the next round.

Veteran St. George midfielder Adane Girma told supersport.com they were ready to do battle against the African champions.

“We are optimistic for a good performance though we know our opponents have got pedigree and they are the current champions we will not be pushovers as we all know how important it is to give a good performance at home before we travel away for the second leg clash.”

On his part TP Mazembe skipper Joel Kimwaki intimated that their mission was to defend the title but that they would not underrate their opponents.

“It will be a very tough game as St. George have got veteran players that have played together for a long time however we have to ensure we have a good start away before facing them at home in Lumbumbashi.”

The match will be played in the 80,000 seater Bahir Dar Stadium as the St.George management have lined up seven buses to ferry fans to the town which is 700 kms away.