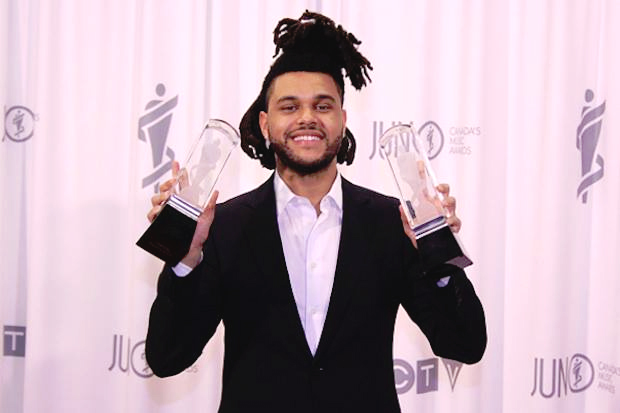 The trio of Canadian musicians who have topped the music charts in recent weeks – The Weeknd, Drake and Justin Bieber – have also scored a raft of American Music Awards nods.

Ethiopian/Canadian R&B singer The Weeknd​ nabbed five AMA nominations on Tuesday, including artist of the year and song of the year for his hit Can’t Feel My Face.

That puts him and singer-songwriter Ed Sheeran, who also scored five nods, just behind Taylor Swift, who leads with six.

It’s been a breakout year for The Weeknd, whose real name is Abel Tesfaye. He has been dominating the Billboard charts alongside former Torontonian and collaborator Drake as well as fellow Canadian Bieber.

5 thoughts on “The Weeknd, Drake, Justin Bieber up for American Music Awards”