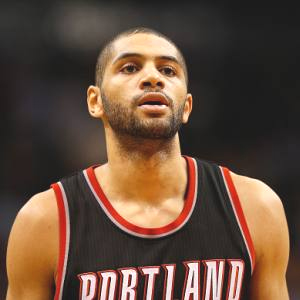 The deal was announced on the eve of the NBA Draft, where both clubs will try and land the best available young talent entering the league from the international and college ranks.

“Nic Batum was a key contributor to all of our recent success,” said Neil Olshey, the Blazers’ president of basketball operations. “He will truly be missed as a person and a player. We wish Nic all the best for the future.”

Vonleh, 19, was taken with the ninth overall pick in last year’s draft by Charlotte. He averaged 3.3 points and 3.4 rebounds in 25 games for the Hornets last season.

Henderson has career averages of 12.0 points, 3.4 rebounds and 2.1 assists over six seasons with Charlotte.

Batum was born in France and holds citizenship there but his father, Richard, was from Cameroon.