After eleven years in the NBA, Andre Iguodala has finally won a championship, closing out the season as the MVP of the 2015 NBA Finals.

The award was a deserving one for a man who boosted the Golden State Warriors’ game in key moments against the Cleveland Cavaliers. 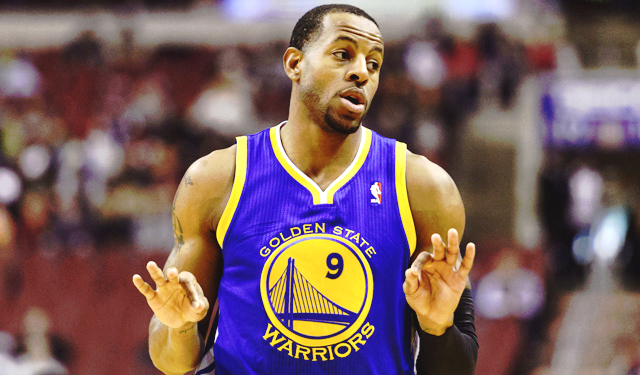 Iguodala, who was a reserve throughout the entire regular-season and had started 758 consecutive games, came up with timely defense and offensive plays when the Warriors needed him most.

In an attempt to disrupt the Cavaliers’ game, first-year coach Steve Kerr reshaped his line-up, inserting Iguodala in the place of Andrew Bogut, moving Draymond Green to the centre position.

Iguodala, a versatile 6-feet-6 forward who has played for three different NBA teams (Philadelphia, Denver and Golden State), was tasked to defend a stronger 6-feet-8 LeBron James for most of the series.

He not only did well defensively, but he also excelled in the offense end, contributing a team-high 25 points in the decisive Game 6 of the Finals.

The 31-year-old finished the series with averages of 16.3 points, four assists and 5.8 rebounds, and at some point in the series Kerr branded Iguodala as the Warriors best player for his sacrifices for the team.

When asked if he was surprised by the award, Iguodala replied: “I’m not surprised because I’m that confident in my game.

It was the first time that a player who has not started any regular-season, won the MVP of the Finals.

Iguodala was asked to sum up his season.

“I think all those years and going through everything I went through, the good and the bad, can prepare you for this moment,” he said.

“Being in Philly [Philadelphia] I had some teams – we were a very close group. I think we maximised our talent.

That’s helped me a lot here with just telling these guys, listen, I’ve been on teams that we’ve been close knit and it helped us just getting to the playoffs because we weren’t the most talented, but we got there because we played so hard together. I said, you just imagine our talent and our cohesiveness in putting it together, the results that can come from that.”

Iguodala beat LeBron James by a vote of 7-4 while reigning regular season MVP Stephen Curry did not receive a single vote.