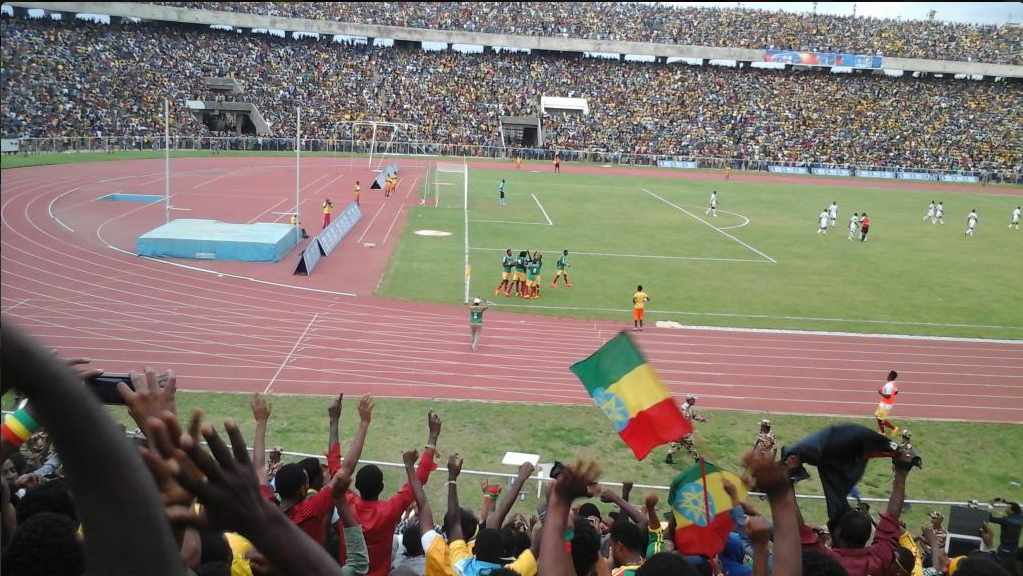 The Ethiopian national soccer team “Walia Ibex” scored two major victories in African competitions within a span of a week. First, they beat Lesotho 2-1 in  Group J of 2017 Africa Cup of Nations this past Sunday and today, they defeated Kenya 2-0  in the first leg match of the 2017 African Nations Championship (CHAN) qualifier.

Both matches were held in the beautiful resort city of Bahir Dar, in northern Ethiopia. The Ethiopian Football Federation (EFF) couldn’t have picked a much suited venue for the Walias. The electrifying atmosphere in the stadium and the great support demonstrated by the fans made it possible for the Walias to come out victorious.

Although the Bahir Dar Stadium is listed officially to accommodate 60,000 spectators, the actual number in the Lesotho match was estimated between 80,000 and 100,000 and the 1 million Birr ($50,000 US) gate receipt broke the all time Ethiopian record. We don’t have the figures for today’s match but we are certain that it will not be that far off.

Coach Yohannes Sahle and his players could not thank enough the great residents of Bahir Dar city for their great hospitality but above all, their unwavering support, which they said played a crucial role in the team’s victories.