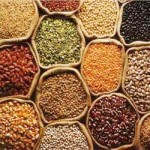 Addis Ababa, Ethiopia – Making Ethiopia the second larger exporter next to India, oilseeds, spices and pulses exports have generated a total of USD 919.9 million during the concluded Ethiopian fiscal.

The export performance of oilseeds has surpassed coffee where the latter concluded the budget year amassing USD 718 million, remaining short of USD 200 or so million behind the oilseeds performance. Coffee was unable to meet the targets set for the ended fiscal year, shying away by over half while USD 1.5 billion was expected from its export.

During a press conference held on Wednesday at the Ministry of Trade (MoT), Assefa Mulugeta, director general of the newly formed Export Promotion Directorate, said that Ethiopia has become the major player and price setter of sesame in the global market. The fourth producer, next to India, China and the Sudan, Ethiopia in 2013/14 was able to export 674 thousand tons of oilseeds, pulses and spices out of which sesame alone performed 90 percent of the export volume, Assefa noted.