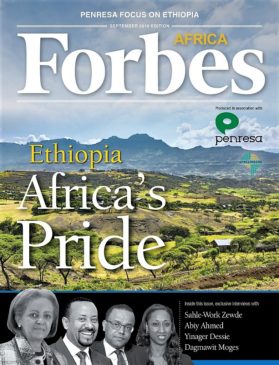 In the past, Ethiopia has been called the Cradle of Mankind, but today it seems Ethiopia is a guiding light for change, shining over all of Africa.

As new Prime Minister Abiy Ahmed has made incredible moves in gender equality and inclusion with his gender balanced cabinet and appointment of the country’s first female President, Mrs Sahle-Work Zewde, there is also movement to transform Ethiopia into a middle-income nation through the Growth and Transformation Plan by 2025.

Needless to say, the people of Ethiopia have a renewed hope in what the future has in store.

In 2017, Ethiopia’s GDP expanded by 10.9% and is expected to grow by 8.5%, positioning Ethiopia as one of the fastest growing countries in the world and as a result, it is primed and ready to transform through Foreign Direct Investment.

As part of the GTP II, Ethiopia is focused on streamlining investment in all sectors and enhancing the economy through the implementation of industrial parks, which will become key players in the country’s future. Ambassador to the United States, Mr Fitsum Arega says, “Industrial parks are enhancing the telecom, service, manufacturing and agriculture sectors by bringing potential for export growth, technology and skills transfer.