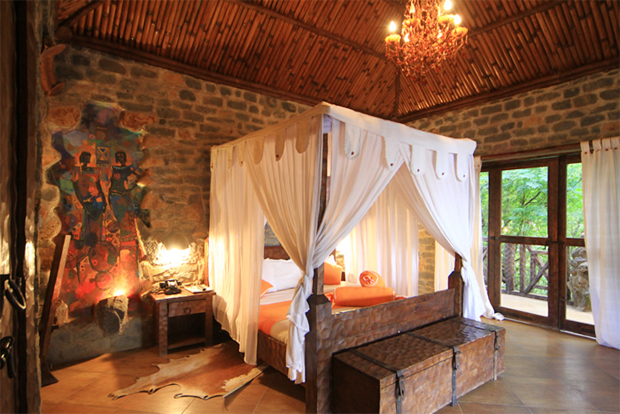 Tadiwos Belete is the co-owner of Boston Day Spa, Kuriftu Resort and Spa and Boston Partners Plc, among other businesses.

He introduced a well-established and standardized spa at Bostonâ€™s Partners. Born in a small village called Lemo in Arisi, he later came to Dessie with his uncle. In 1980, he left for Sudan and stayed there for three years. Then he left for Chicago, United States. After a year in Chicago, he headed to Boston and lived there for 19 years. Tadiwos deeply believes in challenging himself to the fullest. A couple of years ago Tadiwos shared the Pioneer Ethiopian Diaspora Business Person Award with Zemedeneh Negatu, Managing Partner of Ernst & Young Ethiopia & Head of Transaction Advisory Services (Corporate Finance) Eastern Africa Ernst & Young LLP. Dawit Taye of The Reporter sat down with Tadiwos and discussed Â his investments and the hospitality industry. Excerpts:

The Reporter: Can you tell me a few things about your latest project?

Tadiwos Belete: As you know our motto from the very beginning is to put Ethiopia back on the map. We are working to put a dent in the countryâ€™s tourism industry. In line with this plan we have a number of new projects that we will put into action this year. As you know the Zeway project is one of our focuses this year. The whole idea behind the Zeway project is to offer a decent place for hundreds of thousands of foreign and domestic tourists who commute through Zeway every year to southern parts of the country. On the other hand, Castel Winery has been doing an amazing job in Zeway. First, the establishment of the winery managed to associate the country’s name with a well-known wine brand internationally. In addition to that, this newly established chain of Castel-Kuriftu Wine House offered a decent place where anybody, coming from any part of world can stay. The second one on the chain of Castel-Kuriftu Wine House, which is coming in less than two months, will be in Bahir Dar. But, weâ€™re hoping to do the one in Bahir Dar a little bit differently with an addition of cultural Ethiopian food and music. We have also finalized the deal with Castel to put one up inside Kuriftu Resort Spa in Debrezeit. As you know, Kuriftu in Debrezeit has a massive expansion plan and we are preparing to make the Castel-Kuriftu Wine House part of that expansion. This is not all. We also have agreements to take this chain to major cities like Hawassa and abroad like the United States. So, the whole point of this venture is to reach our customers wherever they are. We want to offer nice and decent services in various places so that our customer get the service they want without having to move further from where they are. On the other hand, we also want our joint efforts to inspire others into lifting the tourism sector off the ground. Broadly, we also have the intent of serving as a benchmark for such joint ventures in the country.

Read complete interview at The Reporter