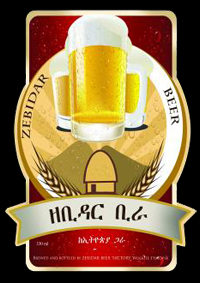 Unibra have been active in the African beer market since they were established in 1960.

Addis Ababa, Ethiopia -Â Unibra, a Belgium-based company, has agreed, on March 4, 2014, to take 60pc ownership of the Zebidar Brewery â€“ one of the latest entrants into Ethiopiaâ€™s beer industry â€“ after eight months of negotiations with Zebidar-Hulegeb Industry SC.

The Belgium-based company, which has operated in the African beverage market since its establishment in 1960, through the merger of four breweries in what is now the Democratic Republic of Congo (DRC), currently produces 100,000hl of beer.

Zebidar Hulegeb has changed its name to Jemar Hulegeb, according to part of the agreement signed at the headquarters of the Ethiopian Investment Agency (EIA), located opposite the Dembel City Centre, in the Olympia area of Africa Avenue, and owns 40pc of the jointly owned Zebidar Brewery SC.