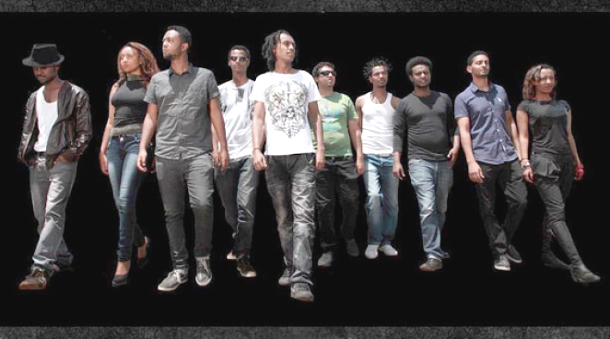 The tour, to be carried out under MetaÃ¢â‚¬â„¢s Ã¢â‚¬Å“Celebrating the Pride of Ethiopian MusicÃ¢â‚¬Â campaign, will bring the bandÃ¢â‚¬â„¢s Ethiopian-rock sounds to audiences across the nation, starting with a concert in Addis Ababa on 18 January at Tropical Gardens.

JanoÃ¢â‚¬â„¢s first performance for the Ethiopia Tour 2014 is anticipated to draw a crowd of over 5,000 to the Ã¢â‚¬ËœvibrantÃ¢â‚¬â„¢ outdoor venue at the Tropical Gardens. Tickets for the Addis Ababa concert are on sale now through the concert date at a number of outlets around the city, which are specified on radio announcements. The following concerts will take place in February in the cities of Gondar, Bahir Dar and Dire Dawa, successively, with a final concert in Dessie, the date of which will be announced in the coming weeks.

The Jano Band Ethiopia Tour 2014 is part of MetaÃ¢â‚¬â„¢s broader Ã¢â‚¬Å“Celebrating the Pride of Ethiopian MusicÃ¢â‚¬Â campaign, which has been the businessÃ¢â‚¬â„¢ core means of engaging consumers over the past year-and-a-half, and which aims to encourage Ethiopians to celebrate life responsibly every day, everywhere. Ethiopian music has an important role to play in how Ethiopians come together to celebrate memorable and exciting occasions throughout their lives. Through the Ã¢â‚¬Å“Celebrating the Pride of Ethiopian MusicÃ¢â‚¬Â concept, Meta aims to tap into the heart of Ethiopian music, and support its advancement by spotlighting well-known and up and coming Ethiopian artists, who characterize the breadth of local music.

At the press conference, Meta Abo BreweryÃ¢â‚¬â„¢s Managing Director, Francis Agbonlahor, expressed his enthusiasm to be working with the likes of the powerful and versatile, Jano Band. Ã¢â‚¬Å“Meta is very proud to support Jano Band, the voice of a new Ethiopian generation, through our Ã¢â‚¬ËœCelebrating the Pride of Ethiopian MusicÃ¢â‚¬â„¢ campaign. Over the course of the past twelve months, IÃ¢â‚¬â„¢ve been continuously impressed with JanoÃ¢â‚¬â„¢s abilities to push not only the boundaries of Ethiopian music, but also their art and abilities day after day,Ã¢â‚¬Â Agbonlahor said.

Adissu Gessesse, Jano Band manager, echoed this sentiment, stating, Ã¢â‚¬Å“Having recently returned from our US tour, which was phenomenally well-received, Jano is incredibly proud to bring this momentum to its home country and people as it embarks on this nationwide tour.Ã¢â‚¬Â

As part of Meta and JanoÃ¢â‚¬â„¢s collaboration around the Ã¢â‚¬Å“Celebrating the Pride of Ethiopian Music” journey, Meta sponsored the bandÃ¢â‚¬â„¢s 2013 Ethiopia tour, which took them to Nazareth, Mekelle, Hawassa, and Jimma in addition to a performance for a packed crowd at Lafto Mall in Addis Ababa.

Meta is poised to invest significantly in the area of music in to continue to deliver the best consumer music experience, as exemplified by the launch of the Jano Band Ethiopia Tour 2014.