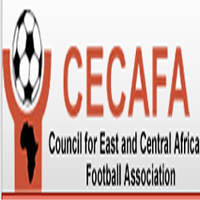 NAIROBI, Kenya, December 4 Ã¢â‚¬â€œ The Group A winner of the GOtv Cecafa Senior Challenge Cup will be known on Thursday, when a coin will be tossed to determine who goes on top of the Group after hosts Kenya and Ethiopia tied on both points, goal difference and head-to-head record.

Ã¢â‚¬Å“We could not be able to toss the coin yesterday (Tuesday) after the match, since Ethiopia had left Nakuru, and we didnÃ¢â‚¬â„¢t want to do it behind their back,Ã¢â‚¬Â Cecafa Secretary General Nicholas Musonye, who is yet to decide the venue told Capital Sport on Wednesday.

Harambee Stars beat Zanzibar Heros 2-0 on Tuesday to go top of the Group alongside the Walia Antelopes who humbled Southern Sudan by the same margin to see them book a slot in the last eight.

Both teams have seven points after winning two of their preliminary matches and drawing one, with each of them having three goals and conceded only once.

The winner of Pool A, will play the second best loser while the runners up books a date with Group C leader that will either be defending champions Uganda Cranes or Sudan who have already qualified.

Meanwhile, the Burundi national football team that is in the country for the regional tournament was detained at their hotel in Nairobi on Tuesday.

The Swallows who were preparing to leave for Nakuru to honor their Group B fixture against the Kilimanjaro Stars of Tanzania, were held for over half an hour, in what the hotel management said the organizers had not paid the dues.

Ã¢â‚¬Å“The problem was solved yesterday (Tuesday), we talked to the hotel management and told them the team is booked until tomorrow (Thursday) when the Group matches will come to an end and see which team leaves the country.

Ã¢â‚¬Å“The management thought the team was checking out and thatÃ¢â‚¬â„¢s why they behaved that way, we had agreed with them we will pay once the Burundi team donÃ¢â‚¬â„¢t make to the quarter finals,Ã¢â‚¬Â Football Kenya Federation vice President told Capital Sport on Wednesday.