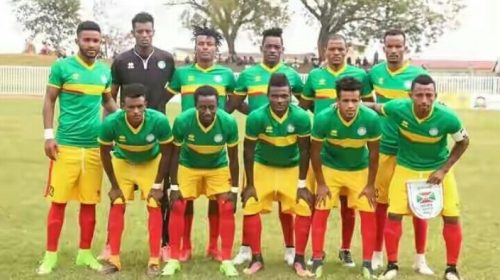 The Walias of Ethiopia drew 1-1 with Uganda Cranes in their last Group B match of the CECAFA Championship today.

Walias were leading 1-0 thanks to a goal by Abubaker Sani 22 minutes into the first half but Derrick Nsibambi leveled the score when he scored just four minutes before regulation time.

So, after three matches Uganda leads the group with 5 points followed by Burundi and Ethiopia with 4 points each. However the lead could be temporary as Burundi, which has a game at hand, can easily collect three points tomorrow when they face last-placed South Sudan. The latter has lost its first two games by much wider margins (3-0 against Ethiopia and 5-1 against Uganda).

Ethiopia’s chance of advancing is virtually over as Burundi,which has a better goal difference (+3) than Ethiopia, needs to lose by 4 goals tomorrow – an impossible task for South Sudan to achieve.