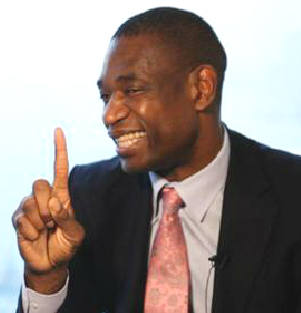 Before arriving at Georgetown University in 1987, basketball was the last thing on Dikembe MutomboÃ¢â‚¬â„¢s mind. He didnÃ¢â‚¬â„¢t even like the sport.

The Congo-born 19-year-old had dreams of becoming a doctor and practicingÃ‚Â medicine back home.Ã‚Â All that changed the next year when coach John Thompson persuaded him to join the college basketball team. Under Mr. ThompsonÃ¢â‚¬â„¢s guidance, Mr. Mutombo Ã¢â‚¬â€ who stands 7 feet 2 inches (2.2 meters) tall Ã¢â‚¬â€ became a shot-blocking machine that helped earn his way into the National Basketball Association, the start of his 18-year pro-basketball career.

Now, 26 years after arriving in Georgetown, Mr. Mutombo uses his status to achieve his lifelong goal: helping the lives of people in central Africa.

His legacy on the court is that of one of the NBAÃ¢â‚¬â„¢s greatest defensive players, and he will be remembered for his signature celebratory finger-wag after every block. Off the court, Mr. Mutombo is known for humanitarian efforts by setting up his own foundation, which builds hospitals and provides health care in Congo. In 2007, he opened the capitalÃ¢â‚¬â„¢s first hospital in 40 years.

Since retiring from the NBA in 2009, Mr. Mutombo remains focused on helping people in Africa as the leagueÃ¢â‚¬â„¢s global ambassador. He stopped by Hong Kong this week to receive a donation fromÃ‚Â Goldman SachsGSÃ‚Â -0.58%Ã‚Â for the Dikembe Mutombo Foundation.

He spoke with the Journal about life after basketball, his work in Africa and how he still connects with former Houston Rockets teammateÃ‚Â Yao Ming. Edited excerpts follow.Ã‚Â Read more