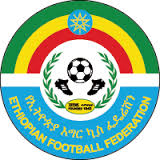 Addis Ababa, Ethiopia –Ã‚Â There was drama at the Ethiopian Football Federation (EFF) General Assembly at the Sheraton hotel when front runner Teka Asfaw dropped out of the race for the federation presidency just one day to the much awaited elections.

Asfaw who is the first vice president of the outgoing office had been viewed by stakeholders as the front runner considering his many years of running football in the country .

Sources inside the general assembly who sought anonymity confirmed to supersport.com of the new developments.

“It is indeed true Teka Asfaw has stepped down from the race and this is a big surprise to everyone since he was considered the front runner considering his many years experience running football. He did not give a reason for his decision,” the source told supersport.com in Addis Ababa.

The decision leaves three candidates for the race that include Dr.Tawfiq Abdulahi, Wondimu Gezahegn and Junedin Beshah .

The elections will be conducted on Thursday after the General Assembly that comprises of representatives from different regions.

The Assembly decided the elections must go on despite concerns from stakeholders that it might affect preparations of Walia Ibex who clash with Nigeria on Sunday in a World Cup play off at the National Stadium in Addis Ababa.