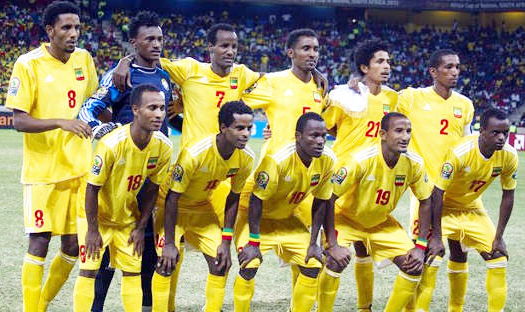 Old guards Ghana and Libya will battle it out with newcomers Congo and Ethiopia in Group C in Mangaung for the 3rd Orange African Nations Championships.

The Black Stars, losing finalists in the maiden edition of the CHAN tournament in Cote dÃ¢â‚¬â„¢Ivoire will be making a hat-trick of appearances in South Africa, where as Libya, also a participant at the first edition stages a comeback after missing out on the previous edition two years ago in Sudan.

Favourites Ghana launch their campaign against Congo on January 13 at the Free State Stadium, whilst Libya and Ethiopia faceoff later at the same venue.

Ethiopia are considered the biggest threat in the group, having qualified for the final hurdle of the 2014 FIFA World Cup qualifiers with a squad dominated by home-based players, most of whom are part of the CHAN squad.

Fred Pappoe, an Executive Committee member of the Ghana Football Association (GFA) expects the Black Stars to improve on their performance at the previous edition in Sudan two years ago, where they exited at the group stage.

Ã¢â‚¬Å“It is an interesting draw; Ethiopia is playing well, so is Libya. It will be an interesting tournament and we are looking forward to it. ItÃ¢â‚¬â„¢s a bit difficult to pick any team as the toughest at this moment. We played Libya barely a month ago and they are a formidable team.

Ã¢â‚¬Å“Ethiopia will be a tough team as they have most of their players home-based and are playing very well at the senior level (in the World Cup qualifiers). Congo will also present a strong team. It will be a difficult group to play in but IÃ¢â‚¬â„¢m sure we will pass through.Ã¢â‚¬Â

On the otherhand, Altashani Anwar, President of the Libyan Football Federation has tipped his team to go through alongside the Walya Antelopes of Ethiopia.

Ã¢â‚¬Å“ItÃ¢â‚¬â„¢s a balanced group. Ghana does not boast of a strong local-based team. It will be between Libya and Ethiopia because the same players involved in the qualifier will take part in the final tournament.Ã¢â‚¬Â

On January 17, Ghana and Libya will lock horns at the Free State Stars Stadium whilst debutants Ethiopia and Congo vie for honours at the same venue later.

The ultimate Group C matches will see Ethiopia versus Ghana at the Free State Stadium and Congo against Libya at the Peter Mokaba Stadium in Polokwane.