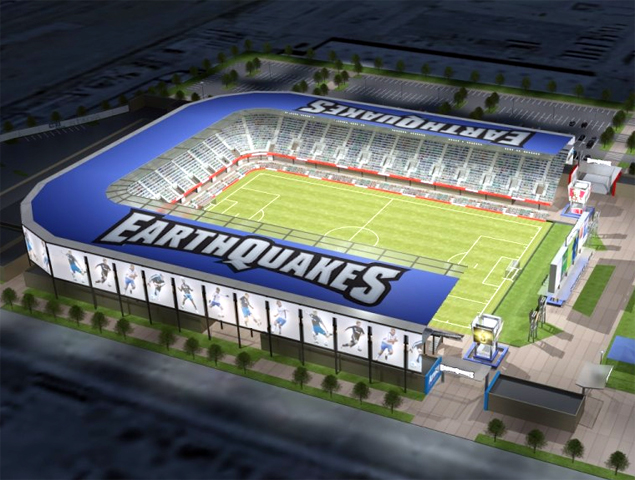 SAN JOSE, Calif. (AP) — The new stadium for theÃ‚Â San Jose EarthquakesÃ‚Â will have to wait at least another year.

The Earthquakes said Friday that the venue will open for the 2015 season, a year later than previously planned. All 2014 games are scheduled for Buck Shaw Stadium in neighboring Santa Clara.

The club cited ”significant complications at the stadium site” for the delay, noting ”additional complexities in connecting the stadium to the city sewer system.”

It also said ”the high water table has slowed the site utility phase” and the ”full scope of the site-related work could only be determined when the work was fully underway.”

The planned 18,000-seat stadium will be located next to San Jose International Airport.