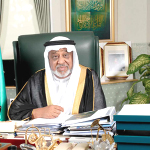 VENTURES AFRICA Ã¢â‚¬â€œ Born in Ethiopia to an Ethiopian mother and Yemeni father, Sheikh Mohammed Hussein Ali Al AmoudiÃ¢â‚¬â„¢s life has always straddled East Africa and the Middle East. A Saudi Arabian citizen since 1965, he has never lost touch with his African roots, investing billions of dollars in projects as diverse as agriculture, construction, oil and media, all the while becoming one of the worldÃ¢â‚¬â„¢s richest men.

According to recent figures, Al Amoudi is now worth more than $13 billion, which makes him the richest person of Ethiopian descent. He is also EthiopiaÃ¢â‚¬â„¢s leading investor and, unusually, the largest foreign investor in Sweden, thanks to his significant oil interests.

Originally working in construction and real estate investment in Saudi Arabia, Al Amoudi acquired SwedenÃ¢â‚¬â„¢s largest oil company, OK Petroleum, for $750 million in 1994, at a time when the Swedish economy was having severe difficulties. Because of his strong Saudi links, Al Amoudi was able to connect Swedish and Middle Eastern oil interests to their mutual benefit. For Al Amoudi, the acquisition was an opportunity to enter the growing markets of Eastern Europe, such as Poland, with its 40 million population. For OK Petroleum it meant access to Saudi Oil, which was cheaper and less dangerous to produce than its traditional sources of oil from the North Sea. Read more