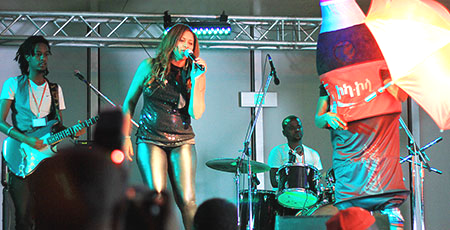 The new facility will enable it to meet the ever increasing demand for Coca Cola beverages in Ethiopia. The company has other products including water and other flavors in the pipeline as well. The plastic bottles will be available in two sizes-500 ml and 1.5 litres. The labels on the bottles will include Amharic words.

The 500 ml plastic bottle of Coca Cola is called Shir-Shir [an Amharic term for picnic] as it is comfortable and convenient to have it anywhere and at anytime, according to Misikir Mulugeta, Coca Cola’s Brand Manager.

The 1.5 litre bottle, which Misikir said is designed for families or large groups, is called Cheber Chacha, an Amharic word related to festivities. “There’s a whole new way of enjoying and celebrating Coca Cola in Ethiopia. The big thing about plastic bottles is convenience,” said Aghay Parnerkar, Country Manager for Coca Cola.

“It is all about being able to enjoy Coca Cola wherever you are and not having to worry about when you are going to return those bottles,” he said.

Glass bottles will continue at least 75 percent of Coca Cola’s business beyond 2020 due to its affordability, not to mention its great look, according to Grieg Jansen, CEO of East Africa Bottling S.C.