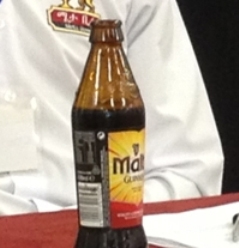 A particular segment of the society the company identified as being a potential customer base is the Muslim population of Ethiopia, which because of its religious drink is prohibited from drinking alcoholic drinks.

FrancisÃ‚Â  Agbonlahor , Managing Director of Meta Abo Beer said the new drink has been well and truly tested and found satisfactory in many African countries, and Ethiopia is the 50th country, where they launched this drink.

Ã¢â‚¬Å“This drink is meant for every occasion, and is there to meet the changing needs of Ethiopians who want to have a refreshing drinkÃ¢â‚¬Â said Francis adding that the company has done robust planning before the launch with the first market being residents of Addis Ababa before being rolled out to the regions.

Francis also stated the company isnÃ¢â‚¬â„¢t just in the business of introducing new products, as itÃ¢â‚¬â„¢s also working with local farmers and NGOs and governmental organizations to produce the barley needed as an ingredient for its drinks.This is part of its way of helping local farmers, and to act as import substitution, so it can save itself and the country much needed hard currency which might otherwise be spent on import of barley, according to Francis.

The company on its part said it aims to have a road show as well as the advertisements to publicize the new product, which he said can be taken by all age groups and all parts of the society. The new non-alcholic malt drink named Malta Guinness, will be sold at a price of 12 birr (about 0.65 US cents).