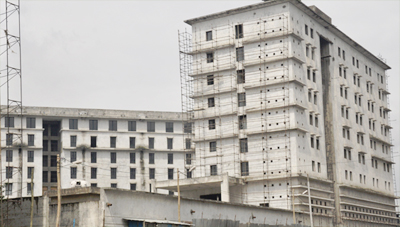 Addis Ababa, Ethiopia – The Dubai-based holding company Albwardy Investments have finalised a 25 million dollar deal to purchase two hotels from M.A Kharafi & Sons Plc. The hotels are currently under construction at the junction of Africa Avenue and Jomo Kenyatta Street, at Meskel Square.

The deal was notarised at the Documents Registration & Authentication Office (DARO) on Wednesday, August 7, 2013.

M.A Kharafi & Sons Plc originally planned to build one three-star hotel, named Ibis, on the side of the Jomo Kenyata Street and another four-star, named Novotel, along Africa Avenue, both of them under the French company Accor Hotels.

Albwardy, however, intends to turn them into one five-star Hyatt Hotel Ã¢â‚¬â€œ an American franchise with 492 locations worldwide, according to an official statement Fortune obtained via email from the company.

Ã¢â‚¬Å“Albwardy intends to completely redesign the inside of the buildings,Ã¢â‚¬Â a construction worker on the premises told Fortune.

What used to be two or three rooms will be merged into one larger room, and the fitness and swimming pool area will be overhauled, according to him. Moreover, a basement office will be added under the six-storey building facing Africa Avenue.