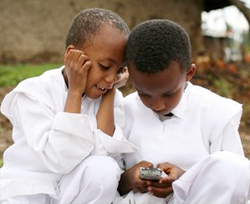 The agreement would help double the number of mobile phone subscribers to more than 50 million and increase 3G internet access nationwide, it said.

Most people in Ethiopia do not have access to phones or the internet.

Ethio Telecom is the only mobile operator in a country still under tight state control.

Its deal with ZTE, China’s second-biggest telecoms equipment maker, is part of a telecommunications expansion project worth $1.6bn.

“The expansion is vital to attain Ethio Telecom’s objective of increasing telecom service access and coverage across the nation, as well as to upgrade existing network to new technology,” Andualem Admassie, acting head of Ethio Telecom, said in a speech at the signing ceremony.

The project aims to introduce 4G broadband internet in the capital, Addis Ababa, and increase mobile phone and 3G internet access across the country.

Less than 1% of Ethiopia’s 85 million people have access to the internet on mobile phones and 23% of the population subscribe to mobile phones, AFP news agency quotes the International Telecommunications Union (ITU) as saying.

Ethiopia’s decision to enter into a deal with ZTE shows China’s growing influence in Africa, rivalling the investments of Western firms, correspondents say.

Mr Andualem said the expansion was part of a “growth and transformation plan”, an economic blueprint that aims to help Ethiopia reach middle-income status by 2025.