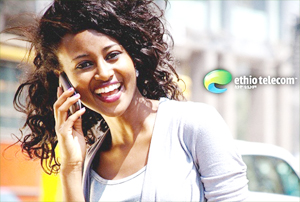 Addis Ababa, Ethiopia – Ethio Telecom will begin offering 4G service in Addis Abeba in the coming month following the completion of the Telecom Expansion Project (TEP), with the rest of the country expected to follow within a year.

Ethio Telecom made the announcement during a press conference at its headquarters on Churchill Avenue on August 5, 2014.

In the third phase, Ethio Telecom built the capacity for providing the 4G service for 400,000 customers by completing civil works, erecting antennas and installing service equipment in an additional 410 sites. In these sites, there will be 210 antennas supporting 4G. A total of 722 antennas were installed making the city’s service coverage reach 100pc, Abdurahim said.