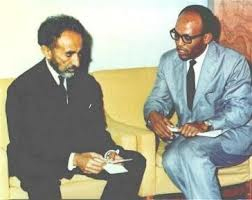 Addis Ababa, Ethiopia -Ã‚Â A country is best represented by its people or leadership and leaders are the ones who are of the people by the people and for the people.

As a result, leadership shapes the character, behavior and culture of its people and the country.

In this regard, it is the right time for Ethiopia to talk about the demonstration of the above facts.

Ethiopia is hosting one of the biggest continental events. As a seat of the continent’s grandest institution, Addis Ababa is colorfully celebrating the Golden Jubilee of Organization of African Unity/African Union (OAU/AU). Because of this all eyes are focused here.

Fifty-four African countries are represented and have convened here to celebrate the union.

This historical advantage has lifted the countryÃ¢â‚¬â„¢s image to the highest stage. So who to be praised? No doubt, its brightest leaders. Certainly, Emperor Haile-Selassie I. He is considered by many to be the Father of Africa. In the last half of the 20th century, Haile-Selassie’s name has never been omitted whenever the OAU is mentioned. It seems that His Majesty had amassed all the credit for the countryÃ¢â‚¬â„¢s success in the formation of OAU.

However, little attention is given to those who were doing the work behind the scenes. Sometimes, the success of these individuals goes unnoticed.

Obviously, one Ethiopian has been overshadowed by Emperor Haile-Selassie’s grace and reputation regarding the OAU. The man who looks to be left under the surface is the architect and the master whose role was instrumental. Also he is the person who was able to make Addis Ababa the home of the OAU.

He is the late Ketema Yifru, Haile-Selassie’s Foreign Minister Ã‚Â He is rarely heard of and that is why some call him the Ã¢â‚¬Å“unsung heroÃ¢â‚¬Â while others describe him as the Ã¢â‚¬Å“Amed AfashÃ¢â‚¬Â (a person who is negatively rewarded).Read more