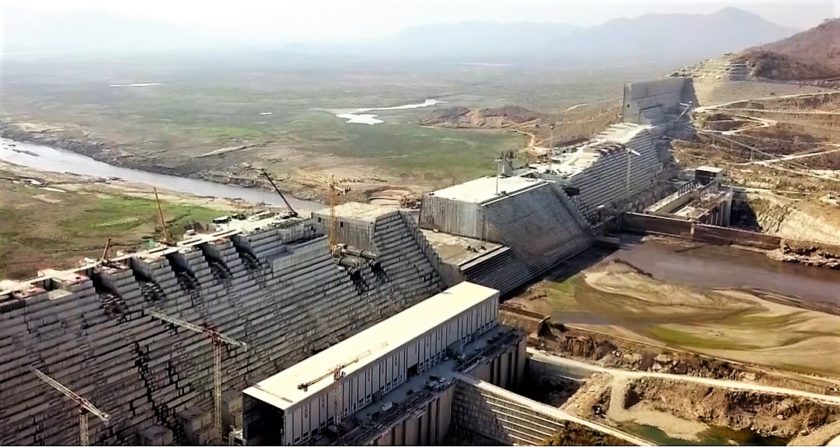 Ethiopia, Sudan and Egypt are currently negotiating how to fill and operate the Grand Ethiopian Renaissance Dam (GERD). Although technically speaking the issues are not that difficult to resolve, the three countries seem to have difficulties coming to an agreement.

First and foremost, the agreement needs to be based on facts and facts only. And second, it is very important to take into consideration the needs of all countries involved if the agreement is going to be something that they can all live with. Any agreement that favors one country over another will never stand the test of time. History has shown us that agreements that do not stand the test of time will result in unnecessary atrocities and destruction.

Historical Examples
History is full of examples of what could happen if an agreement doesn’t take into account the needs of all involved into consideration. One doesn’t have to look far to see what happens when there is injustice. Many countries around the world have suffered from such systems and one-sided agreements and they’ve paid dearly with the lives of their people. African countries, for instance, were and are still paying the price of colonialism. Their resources were looted, their boundaries were decided by the colonizers and they were left with agreements that were biased and unjust. This has given rise to starvation, civil wars and genocide. The constant suffering has also hampered the development of African countries.

The current problem in reaching to an agreement has its roots in another unjust agreement that favors Egypt and Sudan at the expense of other African countries. The injustice has resulted in instability, instigated by Egypt, in upstream countries. It has also caused death of millions of Ethiopians from drought while the Nile waters, flowing out of Ethiopia, were being used wastefully in Egypt.

In my previous article: *“The Nile is a Shared Resource”, I tried to clearly show that Egypt was wasting about 25 billion cubic meters of water each year, just 1% of this wastage could have saved the lives of over a million Ethiopians who died from a drought driven starvation in 1984.

Grand Ethiopian Renaissance Dam (GERD)
The Grand Ethiopian Renaissance Dam (GERD) is a hydroelectric dam currently being built on the Abay River (Blue Nile) near the Sudanese border. When completed, it will have a capacity to store 70 billion cubic meters of water and generate up to 15,128 Gigawatt hours (GWh) of electricity. The Dam will be used strictly to generate electricity and the water will flow down the river once it has generated electricity. Even though the Dam doesn’t consume water, Egypt is worried and claims that it will create loss of its “share” (55 million cubic meters) of the Nile waters.

Although the three countries have been negotiating the operation of this dam for over 9 years now, they have not come to an agreement on how to fill the Dam or how to operate it. The failure to come to an agreement was not due to the complexity of the operation of the Dam but by the interest of Egyptian negotiators trying to add conditions that are not related to filling and running the Dam into the agreement
.
Evidence based agreement
According to the Food and Agriculture Organization (FAO) of the United Nations, the average annual flow of the Nile River at Dongola, Sudan from 1890 to 1995 was 84.1 billion cubic meters. This is the amount of water that flows into Lake Nasser in Egypt. Out of this, Egypt claims it uses 55 billion cubic meters and evaporation removes another 10 billion cubic meters. On average around 19.1 billion cubic meters of water flows into the Mediterranean Sea every year. The average amount of water that Lake Nasser gets from Abay River, averaged over 1912-1997 is 48.7 billion cubic meters. During heavy rainy seasons, Lake Nasser gets a lot more water but the excess flows into the Mediterranean Sea. During droughts, Lake Nasser might not get enough water and Egypt has to compensate for the loss using excess water stored in the Lake.

A mathematician was once asked how he will boil tea if there are tea bags in the drawer, cups in the cupboard and a kettle on the counter. He indicated that he will pick up the kettle, add water to it, boil the water, get a tea bag from the cupboard and pour the water over the tea bag into the cup. The problem was then changed, this time with the kettle being on the ground. The mathematician indicated that he will pick up the kettle and put it on the counter. He then indicated he has already solved this problem.

Ethiopia believes that it could fill the Dam in 4 to 7 years while Egypt thinks that in the worst case, it could take 20 years. In light of the discussion above, the agreement on how to fill and operate the Dam need only be an agreement that lasts from 4 to 20 years. Once we reach the point where the Ethiopian Dam fills up with the excess water, there is no more need for an agreement. Since the Ethiopian Dam just holds water that would have ended up in the Mediterranean, it will not affect the flow of the Abay River.

In conclusion:
This article is not about how the Nile water should be shared. It just uses current claims to show what the Dam filling agreement should look like and how it is beneficial for the drainage basin.

Disclaimer: The views & opinions expressed in this article are those of the author and not necessarily represent any official policy or position of Ethiosports. Furthermore, Ethiosports does not make any representation nor is responsible to the accuracy or completeness of any information in this article.

One thought on “Operating the Grand Ethiopian Renaissance Dam”