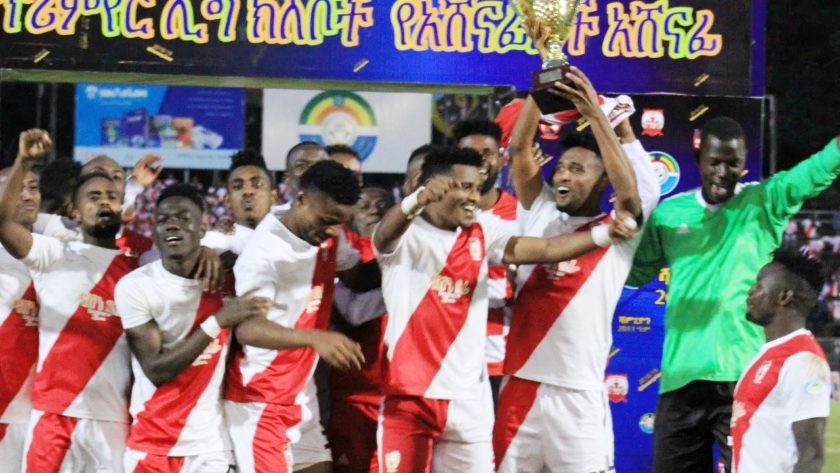 Fasil Kenema has won the 2019 Ethiopian Super Cup, the first time in their history after defeating Mekele 70 Enderta 1-0 courtesy goal from Mujib Kassim on Tuesday in Addis Ababa.

The Emperors, as they are nicknamed, start the new season as Super Cup champions after victory in the curtain raiser.

Kenema took the upper hand in terms possession from the onset while Mekele 70 Enderta were dangerous in their swift counter attacks. Amanuel Gebremikael almost gave Mekele the lead barely three minutes following the kick off but his shot was wide.

Two minutes later, Shemkit Gugesa forced a save from Equatoguinean import Felipe Ovono at the other end. In the 25th minute, Gugesa yet again tested an alert Ovono whose reflex denied Fasil the opener. Mekele’s best chance of the encounter came in the 35th minute when Ashenafi Habtu’s goal bound strike was parried by Fasil’s Malian custodian Michael Samake.

Upon resumption, Kenema continued on their domination as Mekele struggled. Chances were limited for both sides; however the deadlock was broken when substitute Said Hassan’s cross was finished off by Ethiopian international Kassim with a simple tap in 16 minutes from time.

It was the second triumph in a row for Kenema new head coach Seyoum Kebede.

Meanwhile, the new Ethiopian season kicks off on Sunday, 1 December 2019.