Meet four leading Ethiopian women scientists who are tackling some of the most important issues in science and technology affecting the world today. 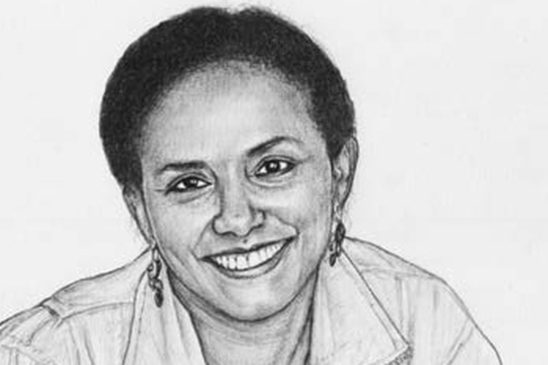 Considered by Bill Gates as a ‘hero in her field’, Dr. Segenet’s passion for plants began as a child. Born to a farming couple in Finote Selam in 1957, Segenet sold her family’s produce at the local market. She saw both the difficult labor that went into producing crops as well as the effect disease had on the farm’s ultimate profitability. But it was when Segenet witnessed a swarm of locusts wipe out the crops in her village that the situation of regional hunger hit home, sparking her life’s research in molecular plant pathology.

Since then Dr. Segenet has dedicated her life to improving the crops of Africa with a goal to end regional hunger in areas that have poor farming outcomes. She attended Addis Ababa University, graduating in 1979. She continued her studies at Montana State University, receiving her MSc in plant pathology and genetics before completing a PhD in Plant Pathology and Molecular Biology at Kansas State University. Dr. Segenet conducted her postdoctoral research in molecular deterrents of pathogenesis at Cornell University.

In November 2013, Dr. Segenet was appointed Director General of the International Centre of Insect Physiology and Ecology, the first woman to head the institution.

Based in Nairobi, Dr. Segenet focuses on studying the microorganisms that exist in plants growing across the plains of Africa to understand how plants survive the often-harsh weather patterns, which can lead to floods and persistent droughts.

Dr. Segenet has received numerous awards and recognition for her work, including Outstanding Scientist of the Year (CIAT, 2013) and inclusion in Forbes’ Top 100 Most Influential African Women (2014). Her most recent accolade came in September 2018 with the Women of the Decade award, the highest recognition conferred by the Women Economic Forum.