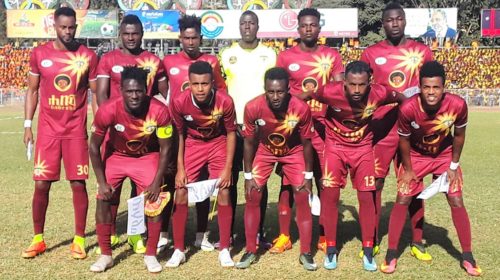 Addis Ababa – When Week 14 of the Ethiopian Premier League resumed here today, the one thing that the tens of thousands of die-hard Ethiopian Bunna fans wanted to see was that their beloved team will finally wake up from the slump that it has been for the past two weeks and collect three valuable points from the visiting Debub Police side.

A victory was all what the fans expected because after all their beloved team was playing at home and was facing a newly promoted side which has lost 10 of its 13 matches so far and was currently seated just one spot above last-placed Dedebit FC. Sadly, Ethiopian Bunna fans had to wait another day to see victory.

Debub Police FC opened the score through Zerihun Anshebo (16′) and extended their lead thanks to Yonas Berta (36′). Bunna’s consolation goal came from Abubaker Naser (38′) and the match ended in favor of the visitors.

Jimma Abba Jifar was held to a 1-1 draw at home by Bahir Dar Ketema. Adama Ketema also dropped a point as they drew 1-1 with Wolaita Dicha.

The league will resume tomorrow with the following matches: