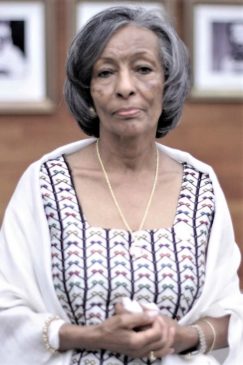 Ambassador Konit started her career in 1962, a year before the establishment of the Organization of the African Unity (OAU).

After joining the Ministry of Foreign Affairs, she has held numerous positions both in Addis Ababa and overseas for 52 years.

In the early days of her career, Ambassador Konjit served as an officer in charge of decolonization Affairs in the Ethiopian Permanent Mission to the UN in New York.

She had played a significant role in strengthening the AU while holding positions in the AU, UN, serving as ambassador overseas in Austria, Egypt, Israel, Canada, Mexico (non-resident) and serving in different positions starting from third secretary to permanent representative in missions to New York, Vienna and Geneva.

Later in 2009, she became Ethiopia’s Permanent Representative to the OAU, and eventually to the AU and UNECA, and contributed her share in the transformation of OAU to the AU.

Ambassador Konjit received her BA Degree in International Affairs from University College London in 1954 and is a receiver of the Carnegie Fellowship at the Colombia University, New York in 1963.

She has also received an honorary degree from Addis Ababa University in 2016 for her contribution in diplomacy.

In her last speech during a farewell bid to her by the African Union in November 2015, Ambassador Konjit Said “My career has been my life and I sacrificed everything for it… there is no greater honor than serving one’s country to the fullest!”.